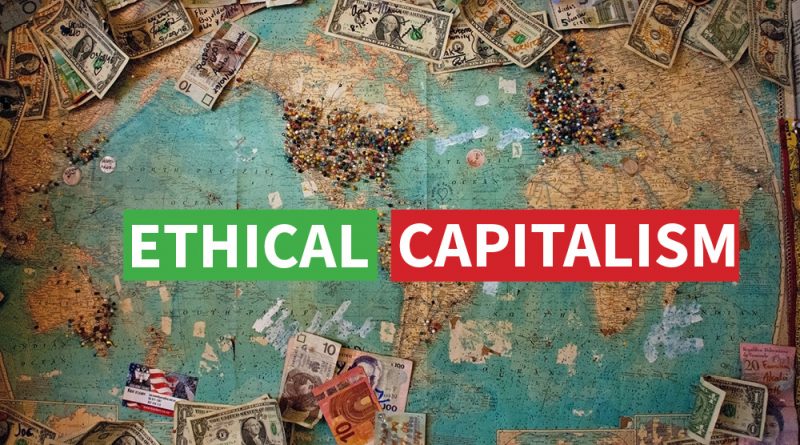 Many have forgotten the first three words of the quote ‘The love of money is the root of all evil’ and only remember ‘money is the root of all evil’. Yet there is nothing inherently evil about money per se. Before currency existed, businesses grew and prospered; people would simply swap 20 doves for a donkey, for example. Having a trading currency just meant buying and selling became less complicated. No, it is not money that is evil, but the love of money.

Capitalism tends to go wrong when the people running businesses love money and profit at the expense of all other factors. Prioritising money and profit to the neglect of people and planet is what many businesses have done in the Western world, particularly since the industrial revolution. Prior to that, artisans manufactured by hand and wealth flowed up and through all levels of society. After the industrial revolution, many production and industrial processes were in the hands of fewer, more powerful people, some of whom abused that power to their own ends. This is why capitalism has a bad name among ethical, well-meaning people, who see much wrong with the world and want to do something about it.

Yet throughout history there were always philanthropists who saw that money could be used as an agent of positive change and business could be seen as a force for good. The so-called founder of capitalism Adam Smith said, in ‘The Wealth of Nations’, “It is not from the benevolence of the butcher, the brewer, or the baker that we expect our dinner, but from regard to their own self-interest.” One might think that Smith was advocating the greedy capitalism that many new businesses are now moving away from, but Smith also said, “No society can surely be flourishing and happy, of which the greater part of the members is poor and miserable.”

So, it would seem that at its initiation, capitalism had a heart after all and it is this compassion and justice that many new businesses are rediscovering. Purpose-driven business are businesses where people, profit and planet are held in equal measure. The leaders of these businesses would never put profit ahead of people or the environment and it is these ethical brands that consumers are being attracted to in their droves. There is a growing disillusionment with capitalism as we knew it but a complementary growing desire to buy products and services from companies that could describe themselves as ethical capitalists.

As one of the richest 30 countries in the world based on GDP, the UK has a very high level of income inequality compared to other developed countries. There are only six other countries in the world that have a more unequal distribution of wages: Mexico, USA, Israel, Estonia, Spain and Greece. According to The Equality Trust, in 2015-16, households in the bottom 10% of the UK population had an average net income of 9 times less than the top 10%. It is time for ethical businesses to lead the way and show that there is a better way of doing business, one that is fairer and shows compassion, but at the same time is still fully engaged in the business world.

I believe that it is these ethical businesses, holding people, planet and profit in equal measure, that will be the successful businesses of the future. Indeed, potentially they are the ones that will redefine capitalism. Most people when thinking of capitalism have in their mind words like ‘injustice’ and ‘unfairness’. They think of CEOs being paid ridiculous multiples of the average salary within their company, employees struggling to live on less than a living wage and small suppliers being screwed down on price by corporates and ending up out of business. Businesses reversing this injustice are already leading the way in some sectors and increasingly will be the ones that are appealing to customers, attracting the best talent and representing the most sustainable investment opportunities.

These new businesses are not opting out of the capitalist system, they are very much within it, yet viewing money not as evil but as a tool to create a better world. The leaders of these businesses on a personal and business level certainly do not love money above all else. They have brought compassion and love into the business world and it is not difficult to work out which company’s people are going to work for as we move towards the third decade of the 21st century.

Speaker & Author
Paul is the founder and CEO of successful speciality food wholesaler, Cotswold Fayre. As well as speaking about how to be a successful entrepreneur he is a B Corp ambassador and one of the leading voices on creating businesses that are good for the world. His first book, Forces for Good, has been very well received and he is excited about helping other leaders create businesses that are fit for the 21st century.

Paul is the founder and CEO of successful speciality food wholesaler, Cotswold Fayre. As well as speaking about how to be a successful entrepreneur he is a B Corp ambassador and one of the leading voices on creating businesses that are good for the world. His first book, Forces for Good, has been very well received and he is excited about helping other leaders create businesses that are fit for the 21st century. Key Subjects : Leadership, people, happiness, fulfilment, people at work, profit, changing the world for better, B Corp, HR, environmental issues, entrepreneurship, SMEs 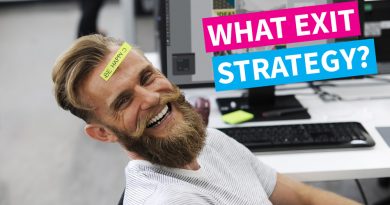 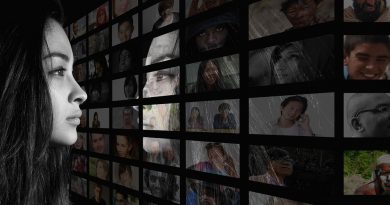 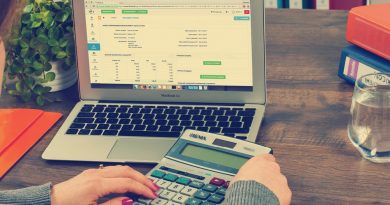 Why Hourly Billing Must Be Exterminated

May 3, 2019 Georgette Rowland Comments Off on Why Hourly Billing Must Be Exterminated